Showing posts from May, 2017
Show all

May 30, 2017
With all of the news about Russia in the media, I thought it would be a good time for me to talk about one of my favorite Russian composers, Dimitri Shostakovitch.*

Currently I'm reading an extraordinary memoir by the composer, Testament, a book I intend to review in the near future on this blog.

Aside from being a fan of  his music most of my adult life, I've always been fascinated by Shostakovitch's life story.

Early on he was considered a young and upcoming talent in the Soviet Union, having attended the Petrograd Conservatory then under the famous composer Alexander Glazunov.

The career of Shostakovitch as a composer began to rise in the Soviet Union when he met the famous conductor Bruno Walter in 1927. Later that year Walter conducted Shostakovich's 1rst Symphony in Berlin.

But after the Soviet Union's propaganda organ Pravda attacked the Shastokovitch opera Lady Macbeth and in a 1936 article "Muddle Instead of Music," Shostokovitch was in danger…
Post a Comment
Read more

May 29, 2017
Yesterday I caught part of the last leg of the Ski to Sea Canoe Race just before the finish line at Hovander Park. And, I added some of my music.
**
**
Post a Comment
Read more

I began meditating back in 1972.  Life got in the way for many years but, eventually I got back to it.

I think that daily meditation of any kind would be greatly helpful for most people during stressful times like today.

With that in mind, I am creating and posting quiet and relaxing videos like the one above in the hope that some people out there will benefit from them.

You can find a lot of information about how to bring a program of meditation into your life at twitter hashtag @meditation.

May 16, 2017
E ī h w a z: A photographer is able to produce a dramatic group of black and white photos with minimal music using percussion, horns a drone  effect and vocals for a strong dramatic effect.  You can find it here.
Post a Comment
Read more

Truth Tired, a reflection on the current politic 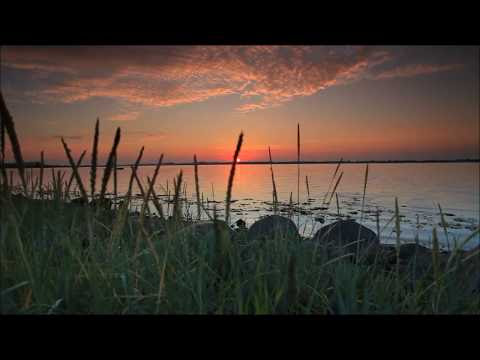 Why Do We Lie?  That is the title of the latest National
Geographic magazine.  It's amazing that such a question even has to be asked in this country.  Yet it does and we will.  The politicians who are lying will continue to do so until they are kicked out of office by the only entity that can do so: the citizens of the United States of America.
Truth Tired was written when others were tired of hearing the truth because facts just don't add up to the results that they're looking for.  So they become Truth Tired. That's why I wrote this piece.  I hope you like it.

Joel Hall
As an Artist, Musician and Political Cartoonist my personality is shaped around creative ideas and techniques.

Buy a Beat Single or Package

Popular posts from this blog

First you have to choose a direction, one based on personal skills and interests.

Then you need to find helpers, friends who share your interests and want to join you in your explorations.

And there are always the usual rocks and gullies to navigate around, wrong turns and other complications.  It takes time and hard work and the most difficult part (for me at least) an unshakable focus towards the job in hand.

But when you ultimately succeed a creation is born that is unique, an out of the ordinary experience for the listener.

In my opinion Celestial Navigation is on this path and has been for a while.

Composer, violinist/violist, Didem Somel, is an award winning musician who is also vocalist and keyboard. Her jazz oriented solos on violin Saturday were outstanding.

Glen Anderson, a jazz bassist has a long resume that includes the Tower of Power Horns among other well known bands.

I began meditating back in 1972.  Life got in the way for many years but, eventually I got back to it.

I think that daily meditation of any kind would be greatly helpful for most people during stressful times like today.

With that in mind, I am creating and posting quiet and relaxing videos like the one above in the hope that some people out there will benefit from them.

You can find a lot of information about how to bring a program of meditation into your life at twitter hashtag @meditation.

October 05, 2016
Last night my friend Nick dragged me out of my safety zone away from the comfort of my computer, keyboard, trumpets where I like to spend my spare time creating new music all by myself (hence the name ZeroPlusOne).

He wanted me to hear a band from New England, Parsonsfield at a local club in Bellingham, The Green Frog. Nick had heard the band years ago and thought they pretty good.

We settled down with a couple of root beers in the small, friendly confines of The Green Frog.

So, in previous blogs I've whined and complained about the lack of creativity in popular music today. It almost seems like the popularity of music today is determined by flashy advertising and music produced in slick, high quality recording studios where notes are tuned electronically and balanced through separate channels and tracks.

Last night I heard a group that was loaded talent and energy.  The group used lots of  non-traditional instruments such as saw, harmonium, melodica, accordian, electronic synt…
Read more